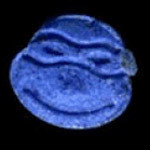 In August 2009, 92 new results were added to the EcstasyData testing database from testing results published by the Drug Enforcement Administration (DEA). These results were collected from back issues of the DEA's publication Microgram from late 2007 through June 2009. Microgram publishes reports of drugs that have been seized around the United States by both state and federal authorities. The data presented about ecstasy tablets in Microgram usually includes an image along with either qualitative or quantitative analysis of the tablets' contents. Because DEA reporting formats are inconsistent and because the results are mixed in with information about other substances and topics, it can be difficult to find the relevant data about ecstasy tablets. 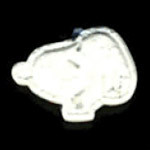 For this reason, we have created entries in EcstasyData for each ecstasy tablet identified by the DEA. Whenever possible these entries include a photo, location seized, testing results, and testing method along with any other details provided in Microgram. Each result also links back to the original source document we used for the entry.

Perhaps the most important finding in the recent DEA data is that in 2009, there are a lot of ecstasy tablets being sold in the U.S. that contain no MDMA but instead a combination of BZP, TFMPP, and caffeine. They are unusual not only for their contents, but also for their shapes, which are often not standard round tablets, but instead unique shapes such as the heads of cartoon characters. 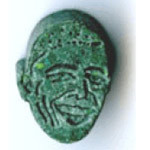 The most notable new style of ecstasy tablet is the Obama head, which seems to be part of the same group of unusually shaped tablets that contain BZP, TFMPP, caffeine and other random bunk ecstasy substances (DXM, very low doses of methamphetamine, and methylsulfonylmethane). The tablets appear to have a similar consistency and press-style, indicating they may be coming from a single producer or organization. Since some of the unusually shaped tablets do contain MDMA, it is possible that a portion of the tablets from these producers are being made with MDMA at normal dosages and, then, after the first wave of tablets are known, they are followed up by the same producer with cheaper bunk tablets. However, it is also possible that the market is so fractured and chaotic that manufacturers are dumping whatever chemicals they can produce into the ecstasy distribution channels.

BZP, TFMPP and other piperazines have been available on the global gray markets for around eight years now, making them relatively easy to obtain for inclusion in low-end ecstasy tablets. While, their effects are not preferred to MDMA, the drugs BZP and TFMPP do cause a buzzy stimulation with a small amount of euphoria. Until early 2008, New Zealand had been one country in which BZP "party pills" were being sold openly and legally. Though BZP is currently legal for sale in the United Kingdom when not sold for human consumption, the British government announced on August 25 that BZP will be controlled by the end of 2009.

The data imported from Microgram also includes an unusual finding from August 2008, when 2C-I was found in Alien Face tablets seized in Arkansas. While 2C-I has been available in small tablets in the past, this is the first ecstasy-like tablet containing 2C-I that we've seen analyzed by a lab.

© Copyright 2001 - 2019 Erowid Center. All rights reserved. Using this site you agree not to reproduce results or publish analysis of our data without written permission.
Permission required before publicly reproducing. DrugsData is a project of Erowid Center.
Test Results · Test Result Statistics · About Tests & Data · About Us · Contact Us · Support DrugsData · Send in a Sample for Testing